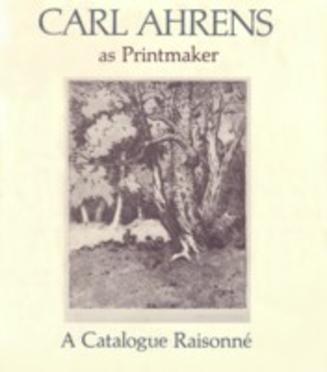 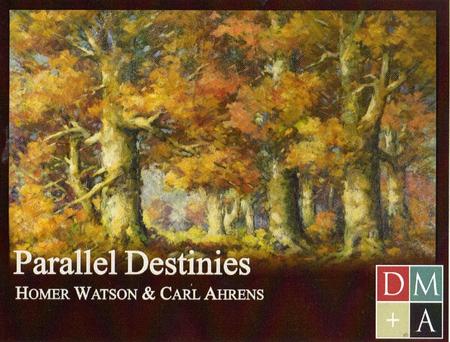 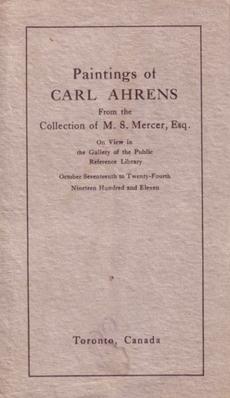 During his fifty year career, Carl Ahrens was frequently represented at exhibitions for the Ontario Society of Artists, the Royal Canadian Academy, and the Art Association of Montreal. His work was at the Canadian National Exhibition in 1891, 1895, 1896, 1923, and 1930.

Ahrens' painting called "Cradled in the Net" was exhibited at the World's Columbian Exhibition in Chicago in 1893.

His first one-artist exhibition took place at Roycroft in New York in 1900. Three of his California mission paintings were exhibited at the Smithsonian in 1909.

In July 1908 Ahrens met his future patron, Major-General Malcolm Smith Mercer, at a one artist show in Toronto. The Mercer Collection was exhibited to the public in October of 1911 and received international acclaim.

The Roberts Art Gallery hosted an Ahrens exhibit in 1917.

The first one-artist show to include Ahrens' prints took place in 1933 at Cunningham's Studio in Hamilton Ontario.

In 1935, after the death of both Mercer and his brother, certain works from the Mercer Collection were again exhibited and sold.

There have been three one-artist exhibitions since Carl Ahrens passed away. The Memorial Exhibition took place at Mellors Galleries in Toronto in 1937. The Kitchener/Waterloo Art Gallery held an exhibition of Ahrens' prints in 1984. The most recent exhibition in the United States occurred in 1995, at Meibohm Fine Arts near the Roycroft campus in East Aurora, NY.

In Canada, there were two Ahrens events in 2007. In April, the Kitchener Waterloo Art Gallery had a one day showing of Ahrens work in collaboration with the Waterloo Historical Society. The Agnes Jamieson Gallery in Minden, Ontario hosted a join exhibition of work by Carl Ahrens and Andre Lapine from September 12th - October 27th.

In 2015, The Dundas Museum and Archives hosted a joint exhibition of work by Carl Ahrens and Homer Watson called Parallel Destinies. It ran from June 20th to September 5th.

Click on any of the buttons below to learn more about particular exhibitions. 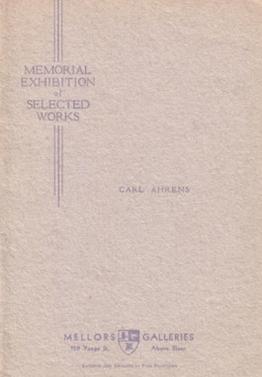 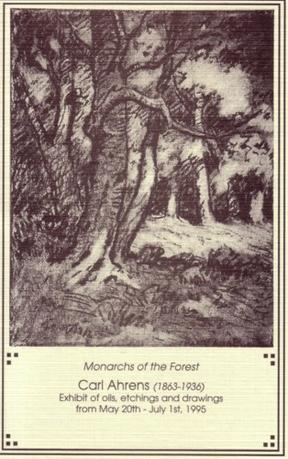 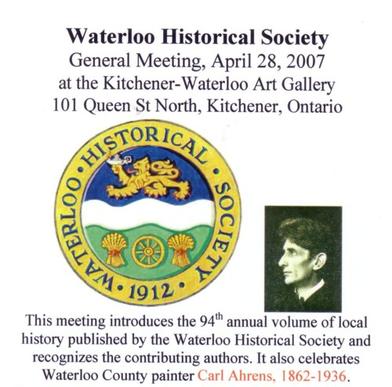 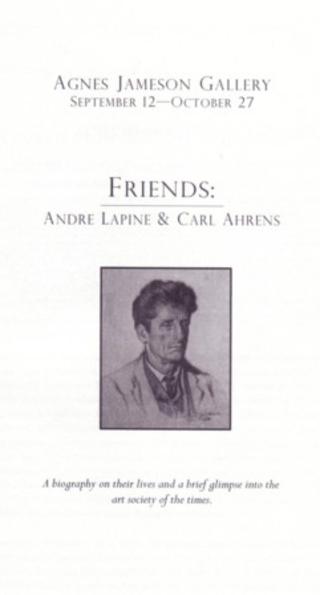