We were almost to Leith when we saw a place to pull over and take photos. The wind was fierce and exhilarating. I reached for my coat for the first time on this trip. The water was a brilliant turquoise, the waves seemingly moving in time to Beethoven’s “Ode to Joy.” The rugged landscape reminded me of Maine, where I grew up, but the color of the water was unlike anything I've seen. At first glance, I recognized Georgian Bay as my soul’s home.

Carl on the beach with Sigrid (left) and Chloris (right). 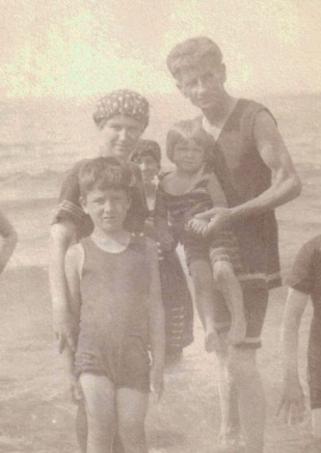 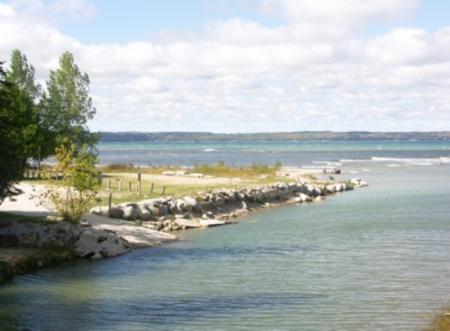 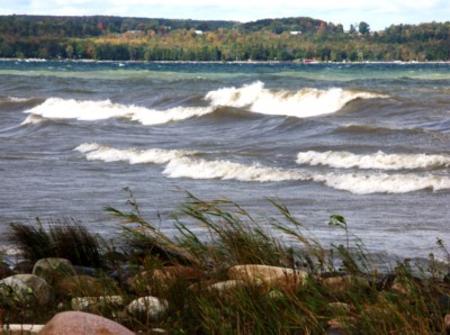 We saw the sign for Leith about a mile north. The town has long since been overshadowed as a port by Owen Sound. One restaurant, a church, and a handful of houses are all that remain.

We crossed a small creek and I remembered the story of Chloris, my grandmother, wandering away from the cottage at age two. For an afternoon the whole town feared she had drowned in that creek. After a terrifying eight hour search, she was found asleep the sandbank of another creek - a mile and a half from home. She was unharmed and unafraid. As far as she was concerned, she had gone for a ramble in the woods! 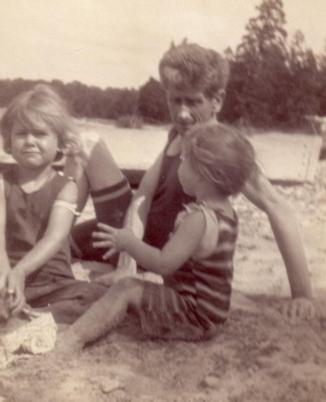 Tom Thomson, a painter affiliated with the Group of Seven, was buried in the graveyard of the Leith Church. It took no time to find the marker. On the way back to the car, a Leith resident stopped to talk to us. When we told him the reason for our visit, he asked if we’d like to see inside the church. The door was locked, but he had a key. It was small and simplistic, but the only church in the area. Chances are Carl and his family attended services there.

Carl Ahrens in 1914, holding his daughter, Chloris. Madonna is beside him with their son, Laird. 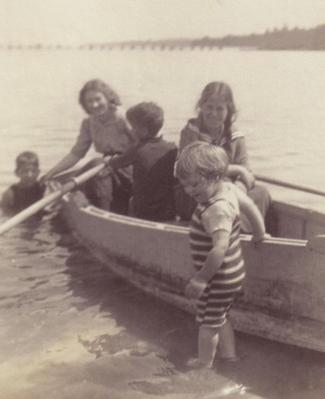 I returned to Leith in May of 2007 with a historical photo. The house they had lived in is no longer there, but this appears to be the section of the beach where they had been. 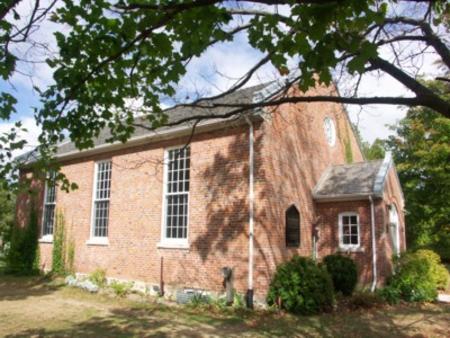 Today we drove from Kitchener to Owen Sound. Most of the way we were on Highway 6, which took us through a section of Ontario reminiscent of Wisconsin. Lots of green rolling hills, farms, and sporadic quaint villages.

It took a couple of hours to reach the south end of Owen Sound. I briefly glimpsed Georgian Bay in the distance before we descended into a deep valley. The town is located at the tip of an inlet of the bay called, appropriately enough, Owen Sound. We turned west onto 10th Street, the main road through town, and then quickly took a right on 3rd Avenue west. This road would take us to the tiny village called Leith.

Few people even in Ontario know of Leith, but I’ve heard about it since I was child. Carl Ahrens and his family summered there in 1913 and 1914. Here are a few photos from that time. 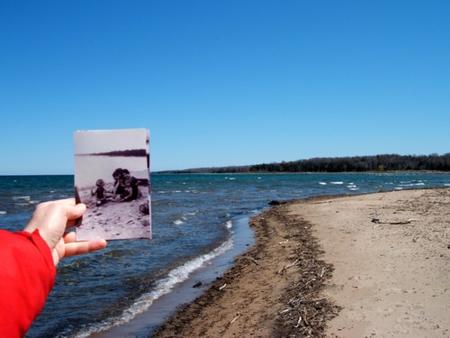 Chloris, Carl and Madonna's youngest child, holding the canoe. The young woman behind her is Madonna's half-sister, Dickadee.