Carl with Penelope by the millpond - 1908 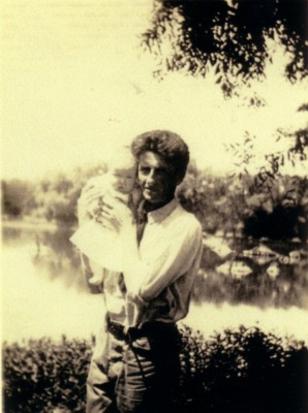 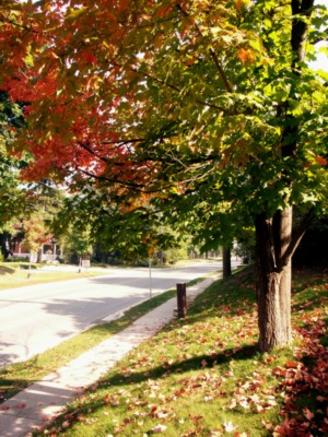 On the way from Toronto to Kitchener my cousin, Chris, and I stopped in old Meadowvale Village, where Carl and Madonna Ahrens moved with their son, Laird, in 1907. Penelope was born there in 1908, and shortly afterwards Carl fell ill and nearly died. The long walks to and from the train station were a real strain, as was his large garden. There were many artists living in the village, and the family enjoyed being out of the city, but the strains of country life became too much. They moved to Toronto in 1909.

Meadowvale has become a heritage district within the boundaries of Mississauga. While new housing developments and strip malls surround it, the village has strict rules for development. It’s a peaceful little oasis in the middle of a big suburb, largely unchanged for the last century. 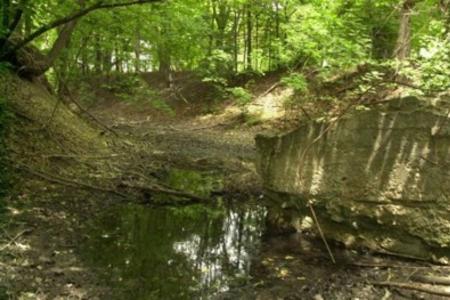 We had no idea where the Ahrens house was located, as the only addressed envelope I have simply says “Meadowvale”. Madonna mentioned that they lived on the mill dam in her memoirs, but there’s no mill pond, or an obvious mill building today.

We began our walking tour by the gazebo and quickly came upon a tree that appeared to belong in one of Carl's paintings. Chris noticed what appeared to be a dried up creek bed behind the tree and ventured down there, saying the light was great for photos. I followed. We both had an eerie feeling we were close to the old house. It seemed odd there would be a creek bed that distinct so far from the Credit River.

I have now obtained a historical map of Meadowvale Village. What we had thought was a creek bed was actually the mill stream. The gazebo marked the location of the Old Mill, and the dam had been right around the bend in the old stream bed. About three steps to the left and we would have seen ruins of both the mill and the dam.

I contacted a friend of mine, artist Rick Taylor, who lives close to the area, and he agreed to see if he could find the old house. I sent all photos I had from their time in Meadowvale, and a couple included part of the house. It is board and batten construction, which greatly narrowed down the choices.

Turns out we had been close...very close...

In the photo below you can see the "creek bed" - my cousin Chris and I were just around that bend, about two steps out of the photo. In the foreground on the right is part of the ruin of the old mill dam. According to Madonna, they lived "on the mill dam" which I could only take to mean "beside" as it wouldn't have been possible to literally be ON it.

The most likely Ahrens residence

Ruins of the old mill 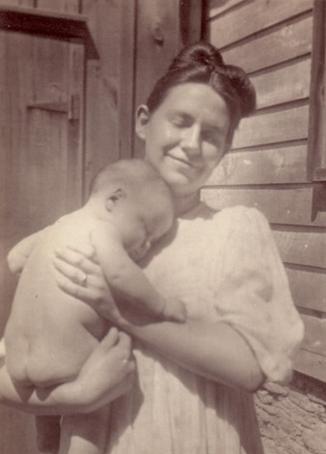 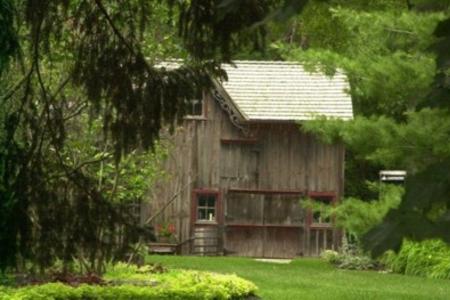 Historical Note: Penelope Ahrens, the first daughter of Carl and Madonna was born in Meadowvale in April of 1908. Madonna Ahrens wrote in her memoirs that she loved Penelope "fiercely, but always with a touch of fear." It turns out that she had reason to worry. In December of 1910, Penelope developed a cold, which turned into the croup, and she died at their home in Toronto. Penelope is buried with Carl and Madonna at Park Lawn Cemetery in West Toronto. 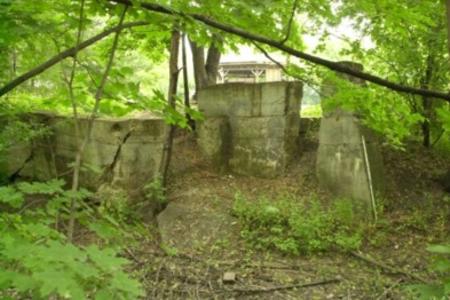 A historic photo of the old millpond

The location and construction of the house below makes it the most likely Meadowvale residence of Carl and Madonna Ahrens. The backyard is up against the site of the old mill pond and the former dam is right there. There’s also room for a large garden. 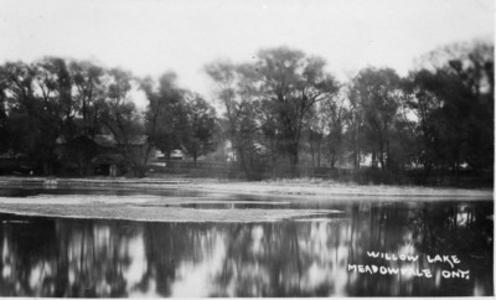 Madonna and Penelope in 1908 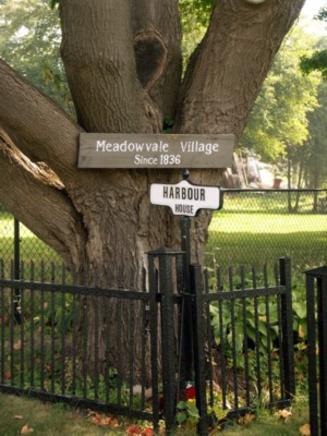