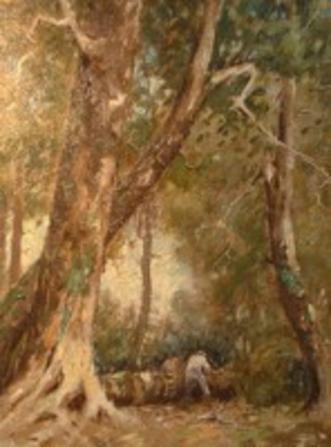 The Mercer Collection was a group of 31 oils that Major-General Malcolm S. Mercer commissioned Carl Ahrens to paint between the years 1908-1911. The collection was exhibited to the public in October of 1911 in the Public Reference Library (Toronto) and generated a lot of press. Images of each painting appear below. Black and white images were taken from the exhibition catalog. I have not yet located those paintings to catalog a full color version. Titles of paintings tend to disappear or change over the years. If you own an Ahrens, please scroll through this gallery to see if you may own one of the Mercer pieces. I’d love to hear from you either way.

Click on any image below and you will see the whole painting and have access to scroll through full images of all paintings in this gallery. To find out more information on any particular painting, click on the image and then look for the hyperlink symbol in the bottom right corner of the next screen. 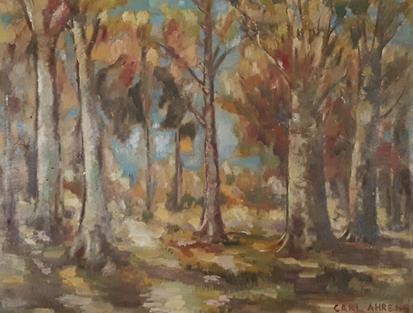 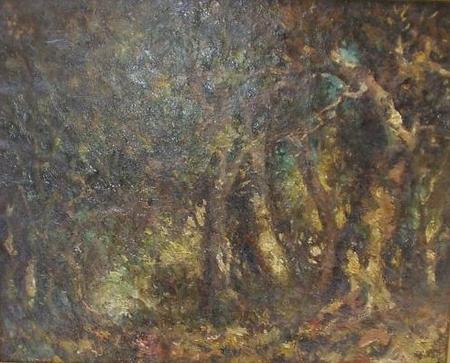 Major-General Malcolm Smith Mercer was Carl Ahrens' exclusive patron from 1908 until the summer of 1914, when he was deployed to France.  (He later became the highest ranking Canadian to be killed in WWI.) The 1911 exhibition of the Mercer Collection included work done between 1908 and late 1911, but additional paintings were acquired by Mercer after that date. Here is a complete list of the ones I know about, including images of the two that have been located. I would love to hear from you if you own any of these paintings.

Tree on the Hill

The Woodcutters
Oil on canvas
12 x 16 inches
Signed lower right.
Undated but circa 1904

There are two paintings with the same title. This was the later of the two.

From the collection of Sandu Sindile