I have no image of this painting, but as he did so few paintings near a large body of water I hope that the following description will be enough to help locate the painting. It was in a 1917 exhibition for the Roberts Art Gallery in Toronto (# 1 in the show). It is small and is said to be a "pretty sketch of northern lake scenery viewed through a screen of the woods." Sounds rather Group of Seven like, though this was before they formed.

A painting that meets this description has been found, though it sold under the name Leith Woods at auction recently. That title is written on the back of the frame, but it is entirely possible that Ahrens put this painting into a frame that had originally been used on another canvas.

I still list this painting as missing in case another one that meets this description turns up.

Leith Woods or On Georgian Bay?

Back to Missing Artwork 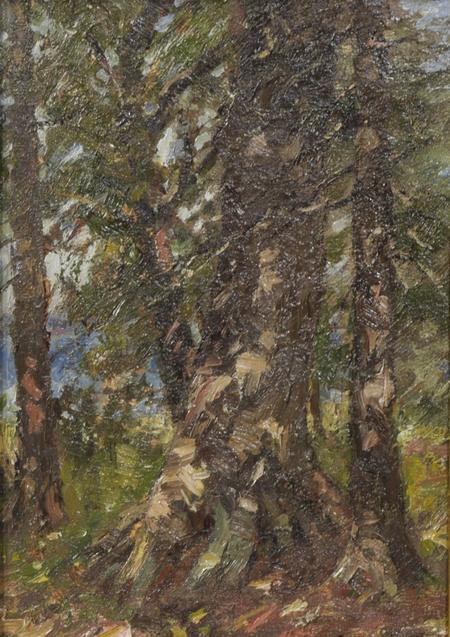