After visiting Owen Sound and Leith, my cousin Chris and I drove to Southampton to see what remains of the Saugeen First Nation reservation where Carl and his first family once lived.

In the summer of 1896, Carl camped just off the reservation, but the tribe’s children became fascinated by Carl. They would stand a few feet away, stare at him, and run away if he said anything to them. The chief's wife explained that Carl closely resembled the son she had recently lost. Soon after, Carl and his family were all formally adopted into the tribe. They moved onto the reservation and remained there for several months.

I have no historical photos of this time, since it was before Carl met my great-grandmother, Madonna. However, the tribe camped close enough to the Saugeen River for Carl's youngest, Pauline, then age four, to sit at the water's edge and play with the river otters. There was a newly built church on the reservation in 1896 (it’s still there). The view from the bluff was certainly familiar to Carl. It would have been a logical camp, with flat ground by the river and high ground nearby.

The following photographs of the Saugeen First Nation reservation near Southampton, Ontario, were taken between 2004 and 2015; I have made multiple pilgrimages over the years.

A fitting tribute for a sacred place 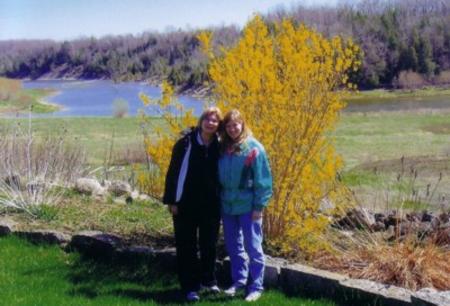 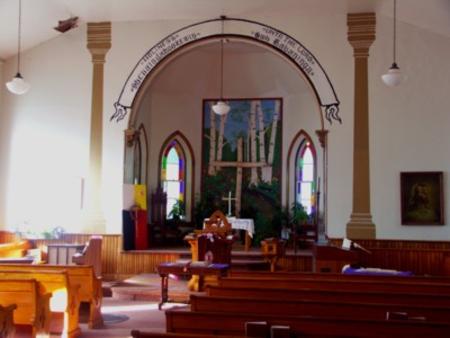 Inside the reservation chuch

Three generations of Ahrens descendants dip their feet in the river. July 2015. Photo by Deborah Downes

After the Full Moon Ceremony 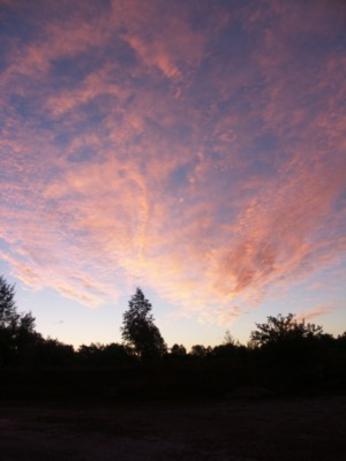 Kim and her mom visit the reservation in 2007

The Saugeen River in 2015 - Photo by Deborah Downes 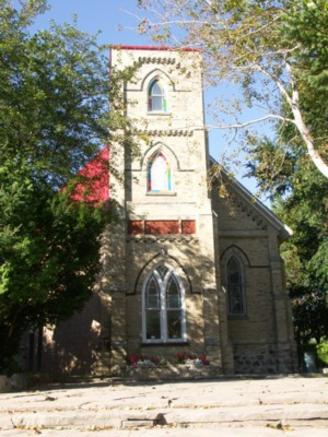 Church on the reservation 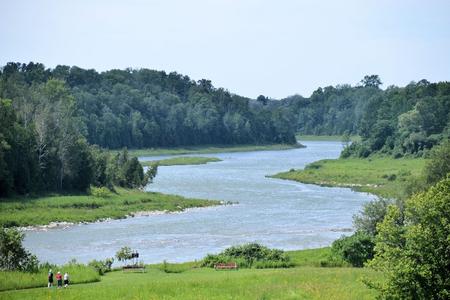 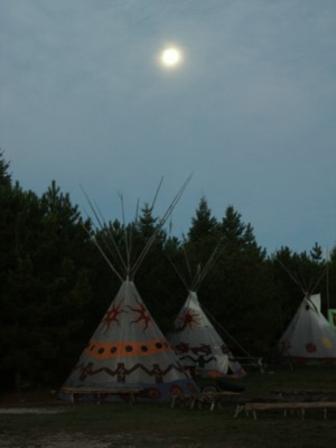 Stairs leading from the rock garden to the church - 2004

After we visited the reservation we made a LONG drive to Tobermory, which is at the very tip of the Bruce Peninsula. There’s not a whole lot to see on the way up there. Most towns consist of nothing but a few houses and there’s nothing but straight road for 30 km at a time. We were rather in a hurry to get there, though, as I planned to interview Wilmer Nadjiwon, a former Ojibwa chief from the Cape Croker reservation. (This is an elected position now.) We had no particular appointment time; I just hoped to catch him before he left his native-themed campground for the night.

When we arrived, he had already gone but would return early in the morning. We elected not to stay in a teepee, seeing that it was expected to dip down freezing that night, and received the key to a small cabin. Then we rushed in to town for a bite to eat. I needed to return to the campground by 7:30 for the full moon ceremony, a women's only event celebrated every full moon. Chris said he’d hang out at a bar in town until I was done.

I joined the event late, as the elders had moved it to a ceremonial teepee back further in the woods. A couple of women in the teepee were clearly native, the other six were not. All were in their fifties or sixties with the exception of one in her seventies! Then me, the baby of the group. The only one who lacked a drum.

We each took a narrow length of cloth and then four small squares of the same material. Inside each square we placed a tobacco offering. We then knotted up the squares and tied them onto the long strip of cloth. One knot represented yourself, another your children, a third your ancestors and the last anyone you wanted it to - perhaps a special friend.

Each woman took a turn in front of the fire and said a prayer for the things and people she was grateful for. Some addressed this prayer to God, others to the Great Spirit. After the prayer, each woman dropped her tobacco offering onto the fire. Then she added a cedar bough, which smelled heavenly. Next came a water offering; a spoonful of water to the ground, one to the fire, one to the rock, then one to herself. The final thing was a buffalo call - a haunting high pitched cry that I could not replicate.

The next part of the ceremony involved making tobacco "dance" on the drums. This was accomplished by placing the tobacco on a horizontal drum. The leaders of the ceremony then banged their drums next to everyone else's until the tobacco appeared to dance. I was amazed that this actually worked.

Next we sat in a circle and sang songs. Several were in the Anishinaabe language, which sounded nothing like anything I’ve heard before. I wondered how difficult it was for Carl to learn the language, as he must have. English was not spoken on the reservation.

I will never forget the sound of the drums. It’s repetitive, yet moving, and makes the listener feel like she lives centuries ago. In order to get the "right" tone, the drum, made of buffalo hide, must be held close to the fire in order to warm it. The middle of the drum makes nearly no sound at all and the drummer must tap around the edges to find the "sweet spots." The drum is important in the culture of this tribe and is always used in a sacred way, not for entertainment.

There was no need for me to look for Chief Nadjiwon this morning. He found me.

He said adoption ceremonies had been quite common and were generally done out of necessity. For example, if one family had many children they might give one to a family who had very few. When I told Nadjiwon the story about how Carl had resembled the late son of the chief, and that the chief's wife called Carl "son", Nadjiwon nodded vigorously. He said she likely believed Carl was the reincarnation of her son. Carl probably reminded her of him in more ways than just a physical resemblance. There may have been something about his mannerisms or life that led her to believe this. Perhaps her son had also been artistic.

Nadjiwon said that after the adoption ceremony, the family move onto the reservation and begin a period of language immersion. Very few Ojibwa spoke English, which made the treaties a joke. Not only were they in English, but they were in convoluted English that no one except lawyers understood. Carl would have been expected to learn the local dialect.

Nadjiwon said that there would have been many ways that Carl could have contributed to the tribe, even as a lame man. He may have been in charge of the arts and crafts, or been given such responsibilities as picking berries or making tools. 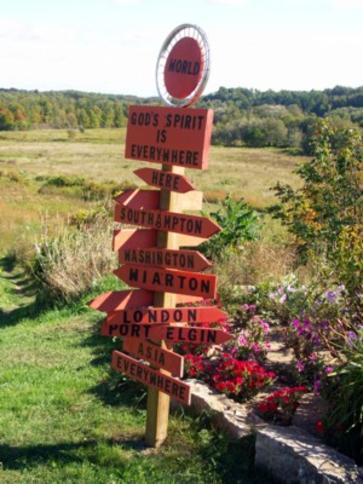 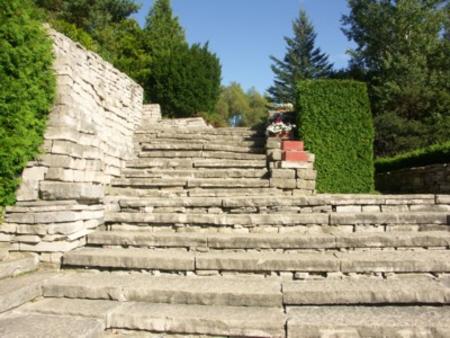 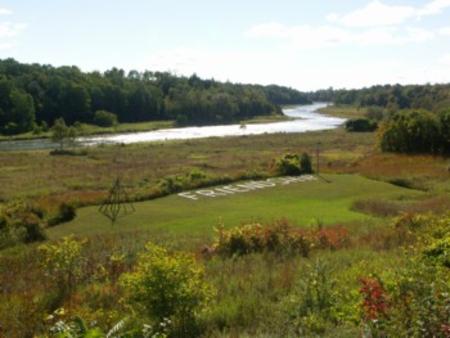 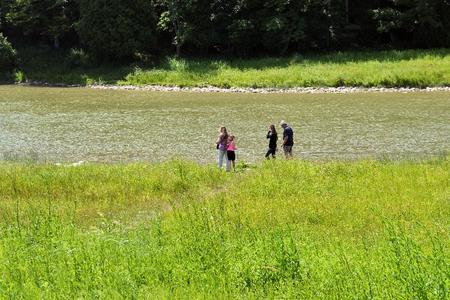 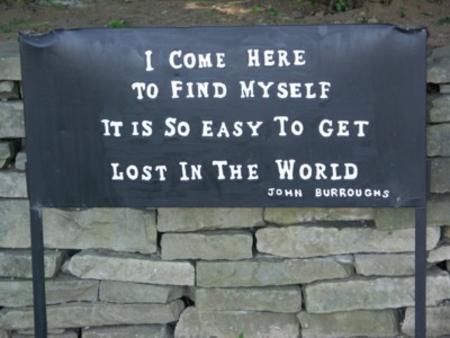 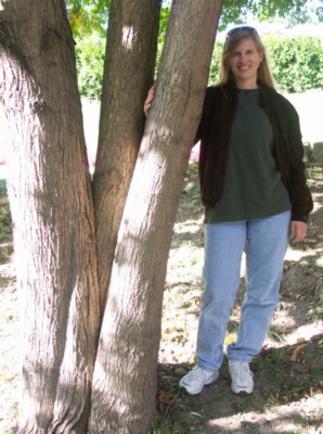